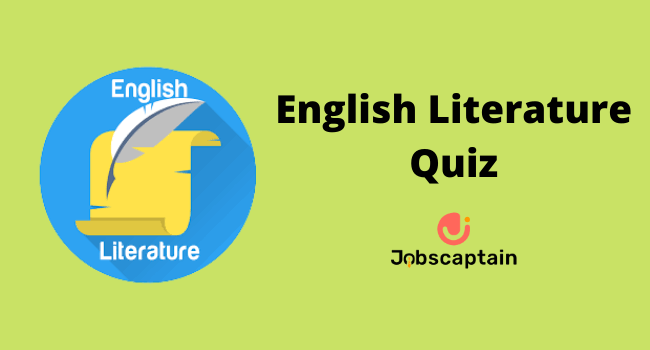 Question 1: This work was a satire in Ottava rima, attacking George III and Robert Southey.
Identify the poem:

(B) The Vision of Judgment

(B) The Vision of Judgment

Which of the following statement(s) is/are correct?

What was Sherlock Holmes‟ response ?

(A) Nothing ? Nothing at all? Rather unbelievable.

(B) That was the curious incident.

(B) That was the curious incident.

Question 4: In 1722 the Crown awarded a certain English merchant a patent to manufacture copper coins for Ireland. Jonathan Swift intervened by way of composing a series of letters in response, better known as The Drapier‟s Letters. Who was the merchant?

Question 5: “The shrill, demented choirs of waiting shells, And bugles calling for them from sad shires.”
These lines are from Wilfred Owen‟s __________.

Question 6: “While the world moves In appentency on its metalled way Of time past and time future”
These lines are from ___________.

Question 7: In Aphra Behn‟s Oronooko, how does the titular character die?

(A) He disembowels himself.

(B) He is whipped to death.

(C) He is hanged in the public square.

(D) He is cut to pieces slowly by the executioner.

(D) He is cut to pieces slowly by the executioner.

Question 8: The following is the stage-description of an opening scene of a famous modern play:

(A) The Importance of Being Earnest

(D) Look Back in Anger

Question 9: The narrative of this novel is a meticulous, present-tense account of a woman with a death-wish who plots the circumstances of her own violent murder.
Identify the novel.

(D) Angela Carter‟s The Passion of the New Eve

(A) are pronounced differently but have the same meaning.

(B) refer to both the male and female of the human species.

(C) are spelt similarly but have different meanings.

(D) refer to people who live in houses with similar structures.

(C) are spelt similarly but have different meanings.

(A) in conversation with a priest

(B) in consultation with a general

(C) giving audience to an ambassador

(D) in consultation with a minister

(A) in conversation with a priest

Question 14: In his “Structure, Sign, and Play in the Discourse of the Human Sciences,” Derrida is all praise for the bricoleur whom Levi-Strauss sees as a supreme methodologist, “someone who uses „the means at hand‟.”
Who does Levi-Strauss contrast bricoleurwith in terms of method and approach?

Question 15: Who among Shakespeare‟s contemporaries did not write tragedies?

Question 16: Heinrich Böll has something to say, and not of course merely something about the Germans. He says it several times. A common weakness of writers with something to say is their inability to understand that saying
it four times is not necessarily four times as effective as saying it once. But to have something to say – how rare this is !
– D. J. Enright, “Three New Germans”.
From a reading of the above, the reader can deduce:

The right combination, according to the code, is

(B) Social Theory and Transgression

(C) The Birth of the Clinic

(D) Beyond Structuralism and Hermeneutics

(C) The Birth of the Clinic

Question 20: Invisible Manby Ralph Ellison is widely recognized as a masterpiece. It is also one of the finest examples of ___________.

Question 21: The issue of privileging speech over writing was taken up for discussion in Plato‟s __________.

Question 24: From which of Sheridan‟s plays the following extract is taken?

(B) The School for Scandal

(B) The School for Scandal

(B) Death of a Naturalist

(D) Door into the Dark

(B) Death of a Naturalist

Question 26: Who, from among the following, has NOT been discussed by Simon-de-Bevoir in “The Myth of Woman in Five Authors” in The Second Sex?

Question 28: In a collection of essays Orhan Pamuk shares how he writes his novels, tells about his friendship with his daughter, talks about his loneliness and happiness.
Identify the text ___________.

(B) The Silent House

Question 29: Who first developed the notion of competence in language studies ?

Question 30: Two of the following plays won the Sultan Padamsee Prize for Indian plays in English :