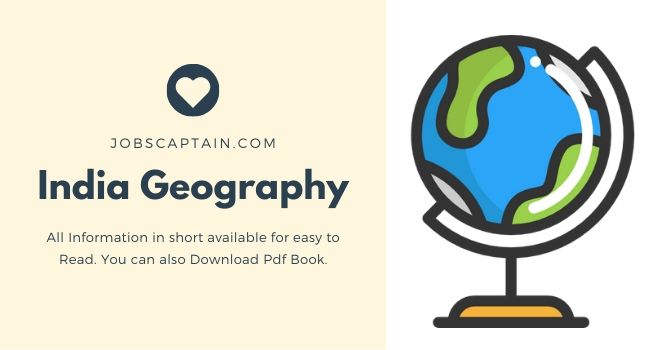 The InfoBank is organised into Alphabetical Sections, each consisting of several entries which are updated regularly. A link has been provided with each alphabetical listing, for your convenience.

You can also read or Download Indian Geography in Hindi.

Ajanta Caves: near Aurangabad (Maharashtra ) are famous for 29 wonderful Buddhist caves (excavated in the rock) richly ornamented with sculpture and paintings. Dating from about 150 B.C. to AD 650, it is the work of Vakatakas and early Chalukya kings.

Ajanta mountain range is spread over in Maharashtra only.

Alang: situated on the Gulf of Khambata is well-known for the ship-breaking industry. (Located at Bhavnagar, Gujarat, India.)

Alluvial Soil: is the most fertile soil of India. This type of soil is spread over large areas in the northern plains of India. It is the richest soil.

Ankleshwar: is famous for petroleum. Ankleshwar Oil-field is situated near Surat in Gujarat state.

Aravalis: is the mountain range that stretches from Gujarat in the West to Delhi in the North. Aravalis ranges are examples of Block mountains.

These ranges run almost parallel to the direction of winds and that is why Rajasthan remains dry during South-West monsoon season and there is a lack of vegetation. Aravali range is bisected by the river system Luni and Manas.

Aravali Ranges are the oldest mountains in India according to geographical history.

Asthamudi Lake: is located in Kerala.

Bastar: in Madhya Pradesh, is the largest district in India (area-wise).

Buckingham Canal: is in eastern Andhra Pradesh and north-eastern Tamil Nadu. It was constructed between 1806 and 1882 along the backwaters of the Coromandel coast which extends from Cape Comorin northward to the Krishna-Godavari deltas. It is also known as Kommuru Canal.

Buckingham Canal is used as a route for transporting bulk commodities to Madras (now Chennai). It is not used for irrigation.

Chulgiri hills of “Barwani”: are located in Madhya Pradesh.

City, largest in India: as per the 1991 Census, Mumbai metropolis continued to be the most populated city of India, while Calcutta takes second place. Delhi ranks third followed by Chennai.

Climograph: is a graphical representation of the differentiation between various types of climate.

Copper, largest producer: Chile is the largest copper producing country in the world. In India, copper ore is found in Bihar. India depends largely on foreign imports for copper.

Exclusive Economic Zone, India’s: covers an area of 24 lakh sq km and the continental shelf extends up to 350 nautical miles from the coast.

First Cotton Mill in India: was set up in Calcutta in 1818. (It was established at Fort Gloster near Calcutta).

First Sponge Iron Plant in India: is at Kothagudam in Andhra Pradesh.

Forest Policy: The National Forest Policy of 1988 includes (1) the Afforestation and development of wastelands, (2) the Reforestation and replantation in existing forests, and (3) Encouraging the wood substitutes and supplying other types of fuel.

Madhya Pradesh has the maximum area under forest.

Ghotul: is a tribal youth dormitory found among Muria of Madhya Pradesh. (Dormitory is a large sleeping room with many beds).

Gol Gumbaz, Bijapur: It has a dome that is said to be one of the largest in the world.

Indian Standard Time: is based on 82.5( E longitude. It is exactly 5.5 times in advance of Greenwich time. If the earth’s rotation is reversed and it is noon at Greenwich, the IST will be 06.30. Allahabad is treated as the place of reference for determining Indian Standard Time.

Indira Point: in Andaman and Nicobar Islands is the southernmost tip of India.

Jhum: It is a slash and burns method of shifting cultivation (called jhum) practised on rainfall-bed slopes of forest hills and dales in Arunachal Pradesh.

Jog Falls: Karnataka (also called Gersoppa Falls) are the highest waterfalls in India. They are situated on the Sharvati river.

Sorry, no entries yet under this category. But JobsCaptain Indian Geography PDF is updated often, so please check back soon.

Lateritic Soil: This type of soil in India is rendered infertile by the presence of excessive iron.

In India, laterite soil is found in Andhra Pradesh and Assam.

Naga Hills: form the watershed between India and Myanmar.

National Capital Region: In addition to the entire Union Territory of Delhi, the national capital region covers parts of the States of Haryana, Rajasthan and Uttar Pradesh.

Negritos: are the ancient tribes of Andamans.

Pangong Tso: is one of the world’s highest and brackish lakes in Jammu & Kashmir.

Pearl city: Tuticorin in Tamil Nadu is known as the ‘pearl city’ of India. It has the centuries-old history of pearl fishery. It is one of the principal ports of India, situated at the extreme southern point of Tamil Nadu.

Pichola Lake: is a well-known man-made lake in Udaipur (Rajasthan). In the middle of the lake there is “Lake Palace” now converted into a hotel.

Pokhran: is in the Thar desert of Rajasthan where India successfully exploded her first nuclear device on May 18, 1974.

Pushkar: is the name of a lake situated in Ajmer.

Rubber: The largest producer of rubber in the world is Malaysia.

In India, Kerala state is the largest producer of rubber.

Sahyadri: is the traditional name of Western Ghats.

Sardar Sarover Project: Gujarat, Madhya Pradesh and Maharashtra are concerned with this project.

Silent Valley: is in Kerala.

Sriperumbadur: a temple town in south India, is the birthplace of Ramanuja.

India exports sugar to other countries because its production is in excess of the demand in the country. Cuba is the highest producer of sugarcane in the world.

Tapti River: This river flows through Maharashtra and Gujarat. It does not make a delta.

Tea: India is the largest producer as well as consumer of tea in the world. The tea plantation was commercially started in India by Lord Bentinck.

Telegu Ganga Project: in Tamil Nadu envisages optimal use of surplus water of the Krishna river. It is a joint venture of Tamil Nadu, Andhra Pradesh and Karnataka.

Tista: is the main river in Sikkim.

Tobacco: Andhra Pradesh leads in the production of tobacco in India.

Todas: They are an aboriginal tribe of Nilgiris. The highest number of tribal population of Todas is in Tamil Nadu.

Tropical Cyclones: of the Bay of Bengal are usually called Depressions.

Uranium: The largest deposits of Uranium in India are found in Bihar.

Zaskar Range: is a mountain range in Kashmir.