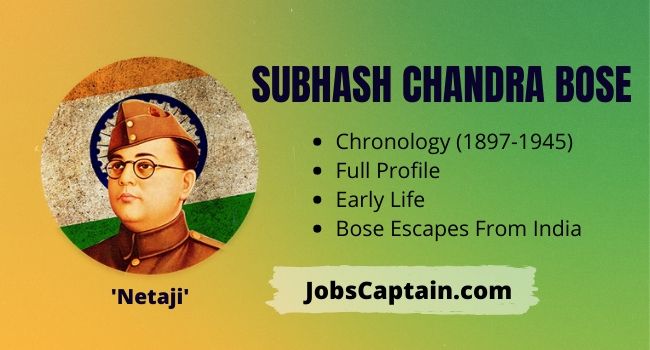 Netaji Subhas Chandra Bose was a great patriot and a determined freedom fighter. He strongly believed that an armed rebellion was necessary to wrest independence from the British.

Beginning as youth Congressman, Bose tired of Gandhian politics and organised the Azad Hind Fauj to defeat the British during World War II. In spite of the defeat of the Azad Hind Fauj, Subhas Chandra Bose won an immortal place in Indian History. “Jai-Hind” was his battle cry and he roused the nation to a great patriotic heights.

Born in a Bengali family on January 23, 1897, at Cuttak in Orissa, Subhash Chandra Bose spent sixteen years of his life there. His father Jankinath Bose was an able public lawyer and believed in orthodox nationalism. He was a public prosecutor in Cuttak and later became a member of the Bengal Legislative Council. With eight brothers and six sisters, Subhash’s family was large bust a disciplined one.

Although Subhas loved to read and was fascinated with religious truth and self-control. He used to do social service. After reading Vivekananda’s writings, selfless service became his motto.

Subhash Chandra Bose was even expelled from the college which at it turned out was the turning point of his career. Recognising his son’s intellect, Subhash Chandra Bose’s father was determined that Bose should become a high ranking Indian Civil Servant. He went to England for further studies.

In 1920, Bose passed the Civil Service open examination and stood fourth. Though Bose excelled at all the prescribed courses in India and England, he was determined to join the struggle for India’s freedom. Bose joined the Congress and was particularly active in its youth wing. He resigned from the Indian Civil Service in April 1921.

After returning to India, Subhas went to Gandhiji. But his ideas did not match with that of Gandhiji’s belief in non-violence. So he left and returned to Calcutta to work under CR Das, the Bengali freedom fighter. In 1921, Bose organised a boycott of the celebrations to mark the Prince of Wales’ visit to India.

This led to his being imprisoned. In April 1924, Bose was elected the Chief Executive Officer of the newly constituted Calcutta Corporation. Later, in October, Bose was arrested as one of the suspected terrorist. First, he was in Alipore jail and later exiled to Mandalay in Burma.

In June 1925, Bose was deeply struck by the sudden loss of his leader CR Das. In end-1926, he was nominated as a candidate for the Bengal Legislative Assembly. On May 16, 1927 he was released from jail due to ill-health. The two years in Mandalay gave him lot of confidence and strength.

By December 1927, Bose with Jawaharlal Nehru became the the General Secretary of the Congress. In January 23, 1930, Bose was once again arrested for leading an “Independence” procession. After released from jail on September 25, he was Mayor of Calcutta.

In 1932, Bose visited Vienna for medical reasons and there he was deeply influenced by Vithaldas Patel, another Indian freedom fighter.

They recognised the need for collaboration between Indian nationalists and countries opposed to Britain and in their joint manifesto they proclaimed, “Non-co-operation cannot be given up but the form of non-co-operation will have to be changed into a more militant one and the fight for freedom waged on all fronts.” In October 1933, Vithalbhai Patel died and left Bose with lot of money for spreading the knowledge of India abroad.

After the death of Vithalbhai Patel, Subhas Chandra Bose’s aim was to spread India’s message abroad. Furthermore he wrote of India’s rights and asking people to help him fight against the injustices. He organised Students’ Association which was to help Indians all over the continent. Finally in November 1934, Bose published his own account of Indian nationalism in a book called “The Indian Struggle”.

In March 1936, Bose announced that he was returning back and on April 8, 1936, when he reached Bombay, he was arrested and was released on March 17, 1937. Gandhiji proposed him to become the President of the Congress. In 1938 ad 1939 Bose became President of the Indian National Congress, but his views were increasingly more militant than anything the Gandhians envisioned.

Finally, Bose left the Congress with the Forward Bloc. The “Forward Bloc” was organised on Bose’s own militaristic lines: it proclaimed his revolutionary ideas. He used to openly speak against the Congress and that the Congress was a dictatorship not very different from Hitler’s. 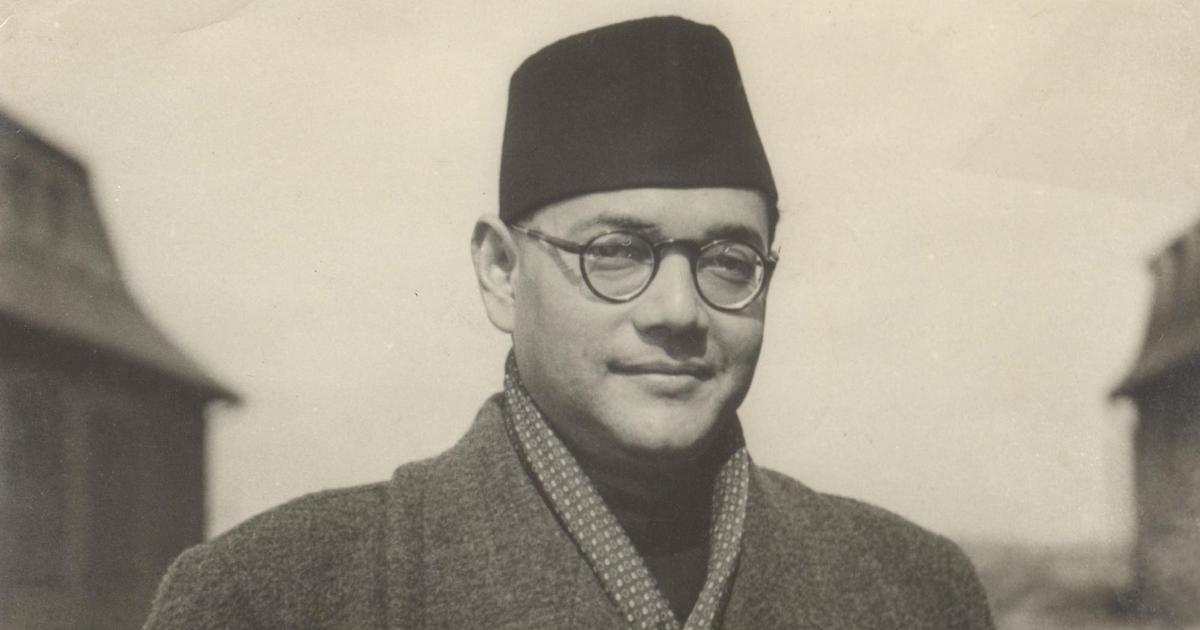 Bose was arrested again on July 2, 1940. Later he was allowed to go home (under house-arrest) for he had refused to live if not released. On January 17, 1941, a car drew up near Bose’s home in Calcutta and while everyone was asleep, Bose slipped out of his house. Disguised as a Muslim religious teacher, Bose moved away unnoticed with his nephew Sisir Kumar Bose.

He went to Kabul and then to Afghanistan. Bose’s disappearance became known in Calcutta on January 26, 1941, the day of his trial.

On March 18, he got his false passport done in the name of Orlando Massota and set out for Russia. and finally on March 28, 1941 Bose flew to Berlin. The Azad Hind Army and Azad Hind Government : Subhash Chandra Bose believed that by allying with the Germans and Japanese during World War II, the Indian nationalists would be able to topple the British regime in India.

Receiving assurances of German support, Bose then went to Japan and finally Singapore where he established the Azad Hind government. This Provisional Government of Oct 1943 received recognition from Japan, Italy and Germany. Bose also took charge of the Azad Hind Army which had been organised by Rashibihari Bose.

As per plan, the Azad Hind Army attacked the North Eastern Frontiers of British India, but by 1944 the Axis powers were losing the war and the Azad Hind Army lost the Imphala Campaign. This was a tremendous blow to Bose, who “Chalo Delhi” slogan had caused much hope of the INA liberating India.

Death and Legacy In August 1945, Bose boarded a Japanese military plane to travel from Singapore to Japan. But somewhere over Formosa his plane crashed and Bose was presumed dead. Since then, numerous theories have been proposed about his disappearance – that he remained in cognito in exile, that he was captured by the Russian army and more recently that he survived for a few days but died and was cremated in Japan.

Likewise Much controversy surrounds Bose’s tactic of garnering German support during the war, given the atrocities committed by German and Japanese forces. But given his fervour for Indian Independence, perhaps Bose’s actions can be understood as that of a patriot using any available measure to fight imperialism.

The staunch support that INA members received from the Indian public during their trials in Delhi only reinforced the widespread deep admiration for Bose’s bravery. His untimely disappearance only escalated the high esteem in which Netaji was held.

Thank you for reading article on Subhash Chandra Bose. If you have more interesting information on Netaji, please do comment below.