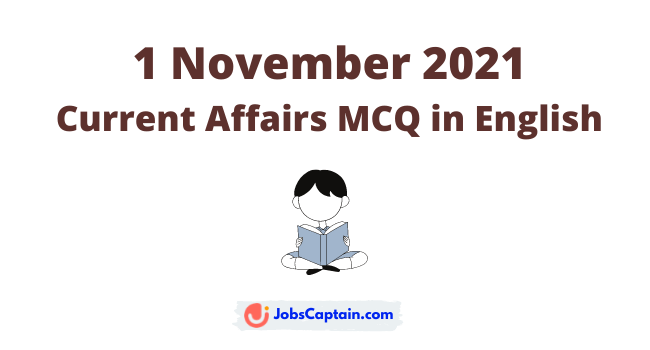 (B) California Institute of Technology

Harvard University of the United States of America (USA) has topped the 2021 ranking. Massachusetts Institute of Technology (MIT), USA and University of Oxford from the United Kingdom (UK) has secured the 2nd and 3rd rank respectively.

Dr Nair was the founder-director of the Regional Cancer Centre (RCC) in Thiruvananthapuram. In 2001 the Government of India awarded Dr Nair with Padma Shri (the fourth highest civilian award) for his contributions in the cancer care field.

Question: Which of the following state has inaugurated India’s largest aromatic garden?

Biggest aromatic garden of India has been unveiled at Nainital district of Uttarakhand. The garden has been developed by the research wing of Uttarakhand forest department over an area of 3 acre.

Question: Sunao Tsuboi passed away recently. He belongs to which country?

He is Hiroshima nuclear bomb attack survivor.  Some 140,000 people were killed and Tsuboi dedicated his life to campaigning to eradicate nuclear arms. He met Barack Obama on his historic visit to Hiroshima as US president.

Question: Queen Heo Hwang-ok Memorial Park, which was seen in the news recently, is located in which country?

Earlier known as Ram Katha Park, situated on the banks of the Sarayu in Ayodhya, is being renovated. It is named after a Korean queen. Queen Heo Hwang-ok was a Korean queen who is believed to have been born Princess Suriratna of Ayodhya, daughter of King Padmasen and Indumati.

Question: Which country has recently proposed a ‘Wealth Tax’?

US President Joe Biden has announced more conventional proposed rate hikes on the income of large corporations and the wealthiest Americans, similar to a ‘Wealth Tax’. This new tax would apply to people with over $1 billion in assets or $100 million in income for three straight years

Question: Among the following, which company rebranded itself to ‘Meta’?

Question: RBI has approved the appointment of Baldev Prakash as Managing Director and CEO of which bank?

Question: Supreme Court has appointed a three-member committee to look into allegations of unauthorized surveillance using Pegasus. Who is the head of this committee?

Question: Gulf of Mannar Marine Biosphere Reserve, which was seen in the news recently, is located in which state?