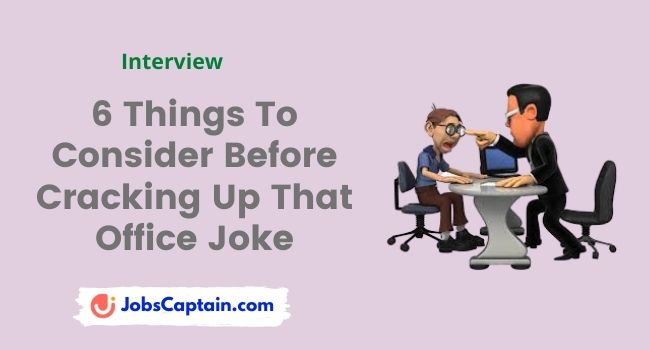 Appropriate and well-timed humor at the workplace has the power to break down barriers between colleagues and build positive connections or bonds in their place.

Appropriate humor and shared positive laughter promotes team building. It also helps teams communicate more openly and honestly. It supports the bottom line by helping us sustain peak levels of performance with an increasing pace of change, and the inevitable stress that comes with change.

We’ve all seen situations, however, where humor alienates people and creates barriers. The problem here, of course, is the kind of humor employees’ use on the job.

Things To Consider Before Cracking Up That Office Joke

Humor that disrupts and weakens teams is generally some kind of put-down humor—humor in which there is a clear victim of the joke.

It seems to be part of human nature to tell jokes which poke fun at other groups or individuals. Entire countries are often known for their specific brand of put-down humor.

In order to make good use of humor and avoid those uncomfortable and alienating moments, it’s imperative to consider the following as a guide for the “no gone zones” or rather areas to tread with extra caution when cracking jokes in the office especially in the American scenario.

This is an area to tread with caution. Jokes along gender lines may hurt your colleagues who may not see the fun in it. Instead it may portray you as an insensitive person with hatred for those of opposite gender.

With the LGBT agenda gaining momentum in many workplaces, poking fun at the constituents in this group might not be received with open arms.

Avoid fun that portrays particular gender in profane of bad light. You do not want to get the office chauvinist label. 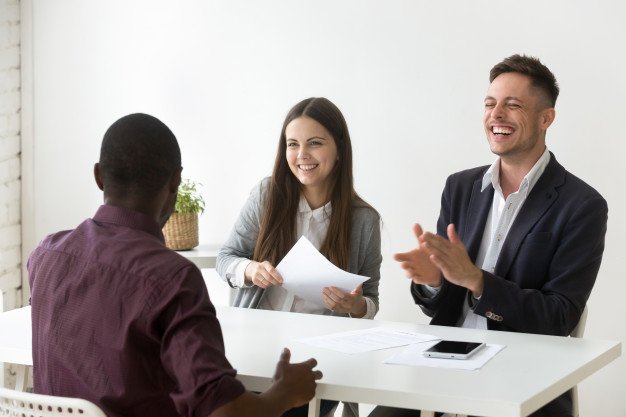 You certainly know those jokes about Indians. What we humorously discuss about the white people. The stereotypical fun we make or hear about certain ethnic communities in USA, India etc.

To avoid that awkward moment that accompanies a put-down humor, be careful when poking fun along this line.

Unless you are cracking up a small team of your very trusted colleagues who know you very well and understand that you have no ill intention or deep seated hatred, then just avoid it all together.

No one wants to be in an environment where they know they will be marginalized or talked about negatively in the name of jokes.

Imagine being part of a team which continuously makes fun of your culture or race. You will certainly feel isolated and disrespected and this will affect your relationship in the team.

The political space is one that is always highly charged and has deep interconnections to our cultures and ethnicity. It is not uncommon to find colleagues engaged in heated political discourses at the workplace.

While planning to light up the moment with some fun, be very careful not to share a political joke that will make certain individuals either silently or violently coil away from the conversation.

It may be wise to poke fun at the ideas in the political space rather than narrowing down to individuals and generalizations based on stereotypes. Jokes that attach negative political connotations to certain ethnic groups could cause an emotional eruption in the office

This is another hotbed of emotions that can erupt beyond control if poked at without caution.

At the workplace be careful and sensitive to the fact you have different religious adherents with varying views about life.

In the wake of terror attacks in India, the Muslim community in certain parts of the country bore the brunt of being associated with the terrorists. You do not want the same air of victimization to float in the office by cracking jokes that could be perceived in such light. 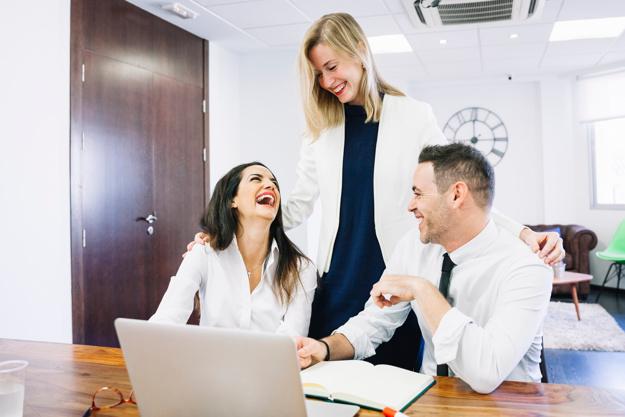 This is one area that has been assumed normal in many workplaces.

I have been in a Managers meeting where one of them cracked a joke (which was received well gauging by the roaring laughter) which depicted a certain junior grade of employees as inept and whiners. By the end of the meeting a new phrase had been coined by the Managers – “the whining babies” in reference to the Senior Associates.

While the Managers had context of the fun, it would be a horrible experience for a senior Associate to be in that meeting and hear his entire grade being poked at funnily.

It is wise to keep off humor that would offend someone in a particular grade in the office since this will have a direct impact on your working relations.

The workplace has people of different social alignments. We got those in stable marriages, single mums and dads, the unmarried, divorcees, and those whose relationships or social lives are just complicated.

While none of this people will carry a placard showing their social status, it is important to be sensitive when thinking of workplace humor. 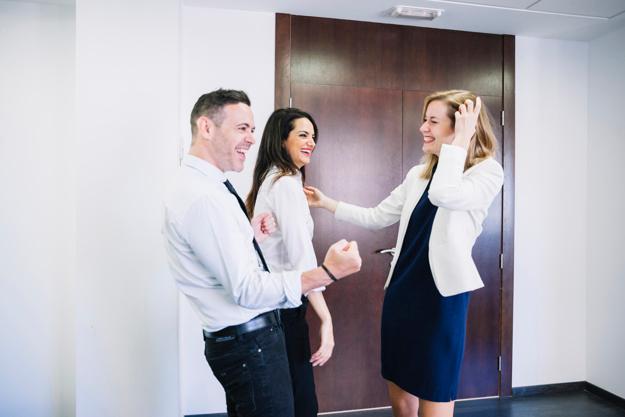 Do not share a joke that will leave someone feeling stigmatized and looking for a place to hide their face.

With diversity and inclusion taking the centre stage of the work environment, certain individuals feel that it has indeed made the workplace “too sensitive and uptight”, everything and anything said might just hurt anyone and put you in trouble.

However it is good to note that we owe our colleagues a duty of care even through our humorous moments. We must take time to understand and appreciate each other to the extent that other employees will understand us well whenever we share a joke rather that feel attacked or abused by the same.

Have you been a victim of a joke gone sour in the office? Share with us you experience, do comment below.