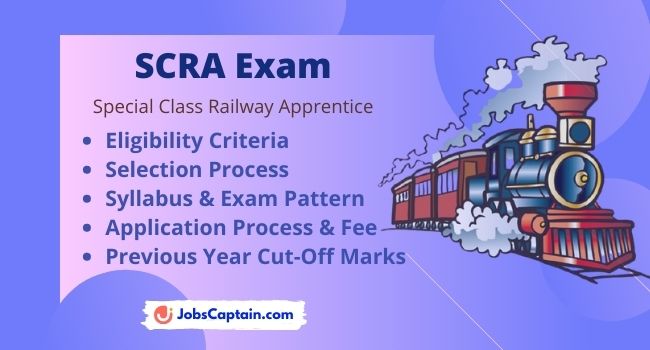 The Railway Entrance exam is held every year to recruit candidates into the Indian Railways.

This exam is held every year usually in the month of august to recruit candidates as the Special Class Railway Apprentices or most commonly known as SCRA.

This exam is conducted mainly for Railway service recruitment. Candidates who are interested in pursuing a career in the Indian Railways can appear for this exam.

Above table shows important points about the UPSC SCRA 2021 Exam.

First and foremost Railway Entrance Exam is applicable only for citizens of India. Subject of Nepal, Bhutan or refugee of Tibet whose family is settled in India since 1962, January 1st or individuals migrated to the pre determined list of countries, which are of Indian origin.

To appear for Railway Entrance Exam the candidate must be within the age group of 17 to 20 years as of August on the year of examination.

However there are relations in the upper age limit for the scheduled casts, Scheduled Tribes and Other Backward Classes and certain other categories as denoted by the Government of India.

The maximum age is relaxed by five years for scheduled caste and scheduled tribe candidates and three years in case of other backward classes.

As far as educational qualification is concerned, the candidate should have secured first or second division in the Intermediate or any examination that is equivalent to the Intermediate of a Board or University which is recognized by the Government of India.

It is mandatory that the student must have studies Mathematics and at least physics or chemistry as one of the subjects for the examination.

Candidates who have passed their higher secondary exam with a first or second division and with Mathematics and at least Physics and Chemistry as subjects can also appear for this exam.

Other than this, the students who are graduates with Mathematics and at least Physics or Chemistry as their subjects in degree can apply for the examination. 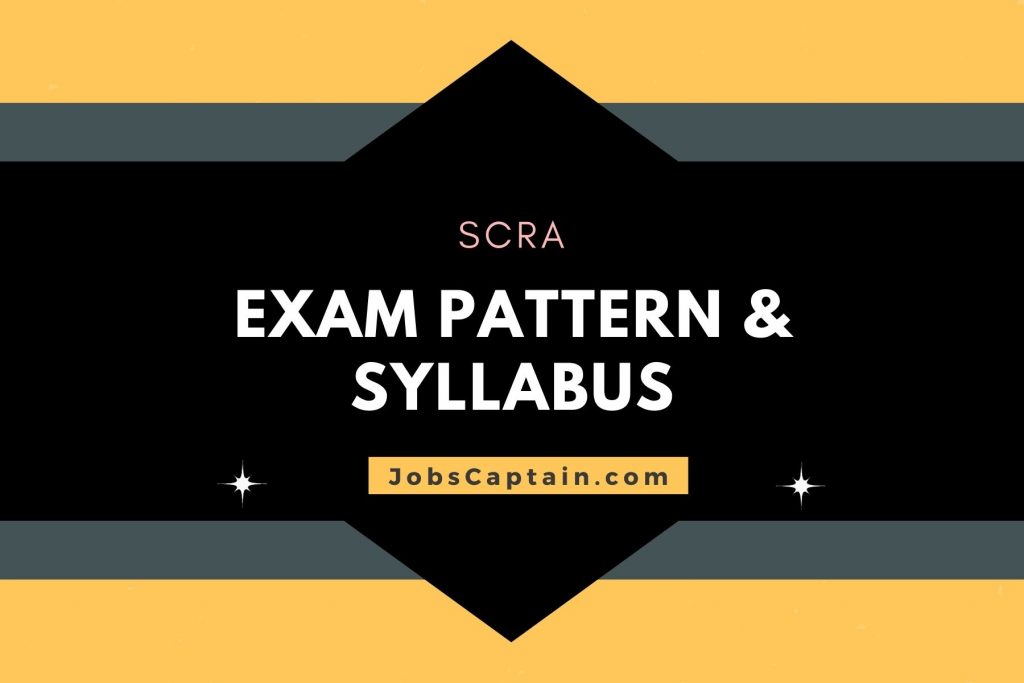 There are two parts to the Railway Entrance Exam, the written exam is of a maximum of 600 marks with is the General Ability test which includes English, General Knowledge and Psychological test and test in Physical sciences which includes Physics and Chemistry and the last paper in Mathematics.

The part two of the exam consists of the personality test which is the maximum of 200 marks. Only the students who have cleared the written exam are eligible to take up this exam.

Post the Railway Entrance Exam the final results are published and are available online. The selected candidates are intimated of the further proceedings.

The previous year cut off is given below:

Right now we have not any Official news about this exam like when it is conducted. After 2015 UPSC has stopped the SCRA Examination. We are still hope for UPSC conduct Special Class Railway Apprentice (SCRA) in 2021.

Thank you for reading SCRA Exam eligibility criteria, exam pattern and syllabus, application fee, selection process and previous year cut-off marks. If you have any questions, please do comment below.