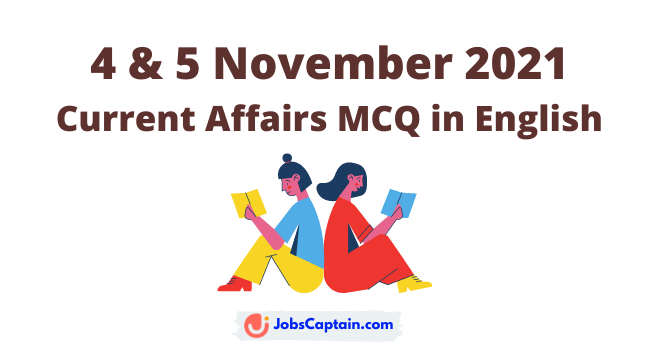 founder-chairman of Wipro Ltd:highest contribution of Rs 9,713 crore between April 2020 and March 2021 towards philanthropic causes to retain the top position for second year in a row.

Question: Which organisation has recently launched the ‘Whistle-blower Portal’?

Indian Renewable Energy Development Agency Ltd. (IREDA) has launched a ‘Whistle-blower Portal’ as a part of celebration of ‘Vigilance Awareness Week 2021’. The Whistle-blower Portal has been developed by IT Team of the company and will help the IREDA employees to raise concerns related to fraud, corruption, abuse of power among other things.

Question: Ahmad Shah Ahmadzai who has passed away recently was the former Prime Minister of which country?

He served as acting prime minister of Afghanistan from 1995 to 1996.

Question: The Dhyan Chand Award for Lifetime Achievement in Sports and Games 2021 has been conferred upon how many awardees?

Read the list of Major Dhyan Chand Khel Ratna Award 2021. Announced by the Ministry of Youth Affairs & Sports President of India Shri Ramnath Kovind will felicitate the awardees on November 13, 2021.

Question: Which state’s CM has launched the ‘Uttam Beej portal’ which will benefit the farmers by providing quality seeds with transparency?

The portal will provide transparency in the seed production programme arranged by both the Government and private seed producing agencies and ensure the quality of certified seeds.  This seed portal has been linked with Meri Fasal Mera Byora Portal and Family Identity Card ID.

Question: The Reserve Bank of India has recently appointed which bank as an Agency Bank to conduct government business?

Bandhan Bank will now be authorised to handle transactions related to GST, VAT and the collection of state taxes.

Question: Which bank has signed an MoU with the Indian Navy to offer a defence service salary package under ‘’Power Salute’’?

Through the agreement, the bank will provide several benefits to all ranks of Indian Navy veterans and cadets.

ICICI Bank also renewed its MoU with the Indian Army to offer enhanced benefits and new features through its ‘Defence Salary Account’ (DSA) to all serving as well as retired Army personnel.

Question: Who has been appointed as the Director-General of the Federation of Indian Chambers of Commerce & Industry (FICCI)?

Question: IAF has participated in the international multilateral combat exercise Blue Flag 2021. This exercise was conducted in _____________.

Question: Who has won the 5th Rujna Zora chess tournament held in Serbia?

Question: Tushil is an Indian Navy frigate of the P1135.6 class developed by which country?

Question: Which of the following word has been chosen as the word of the year by the Oxford English Dictionary (OED) 2021?

Question: IRCTC has joined hands with Truecaller to safeguard critical communication via its integrated helploine number from fraudulent activities. What is the integrated Helpline number of Indian Railways?

Question: Lovlina Borgohain has been honoured with the Major Dhyan Chand KhelRatna Award 2021. She is related to which sports?