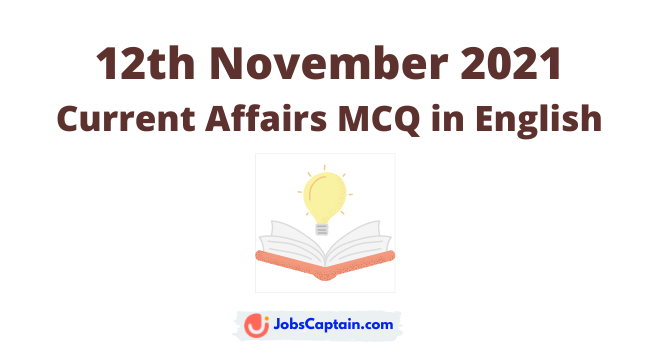 The web portal has been developed by NITI Aayog with support from UK government. E-Amrit is one-stop destination to provide all information regarding electric vehicles.

Question: According to Brickwork Ratings Projects India’s GDP in FY2022 ………..?

Earlier this was estimated at 9 percent. Brickwork Ratings is a SEBI registered Credit Rating Agency with headquarter at Bengaluru.

Question: What is the new name of the Mumbai-Karnataka region comprising seven districts in Karnataka?

The Mumbai-Karnataka region consists of Uttara Kannada, Belagavi, Dharwad, Vijayapura, Bagalkote, Gadag and Haveri districts. Kittur is a historical taluk in the Belagavi district that was ruled by Rani Chennamma.

Question: Issi saaneq, a dinosaur species which was recently modelled, which was found in which present-day region?

Question: India and which country have recently signed a bilateral agreement in the field of innovation to further deepen technical cooperation?

India and Israel have signed an agreement to jointly develop next-generation technology and products including drones, robotics, artificial intelligence, and quantum computing. This symbolizes the growing defence relationship between them.

Question: What is the name of the Circuit Train recently launched by IRCTC, to boost domestic religious tourism?

Question: The Reserve Bank of India has launched its first global hackathon named ________.

Question: IBM Corporation has launched a client innovation centre in which of the following city?

Question: Who has been re-elected as the President of the International Gymnastics Federation?

Question: Who is the author of the new book titled “MODERN INDIA: For Civil Services and Other Competitive Examinations”?

Question:  Junio has tied up with which of the following debit card issuer for preteens and teenagers?

Question: Which of the following city selected the UNESCO network of creative cities?

Question: Who among these has been awarded ICC Players of the Month for October?

(A) Devon Conway and Sophie Ecclestone

Question: Who has been appointed as the next Chief of Naval Staff?

Question: Which state government has decided to create a database of people aged 30 years and above for early detection and treatment of lifestyle diseases?

Question: What was the rank of India out of 30 countries in the 1st edition of the Global Drug Policy Index?